The Bruker EMX EPR spectrometer is a research grade scientific instrument. It is capable of routine measurements, as well as sophisticated and advanced experiments. 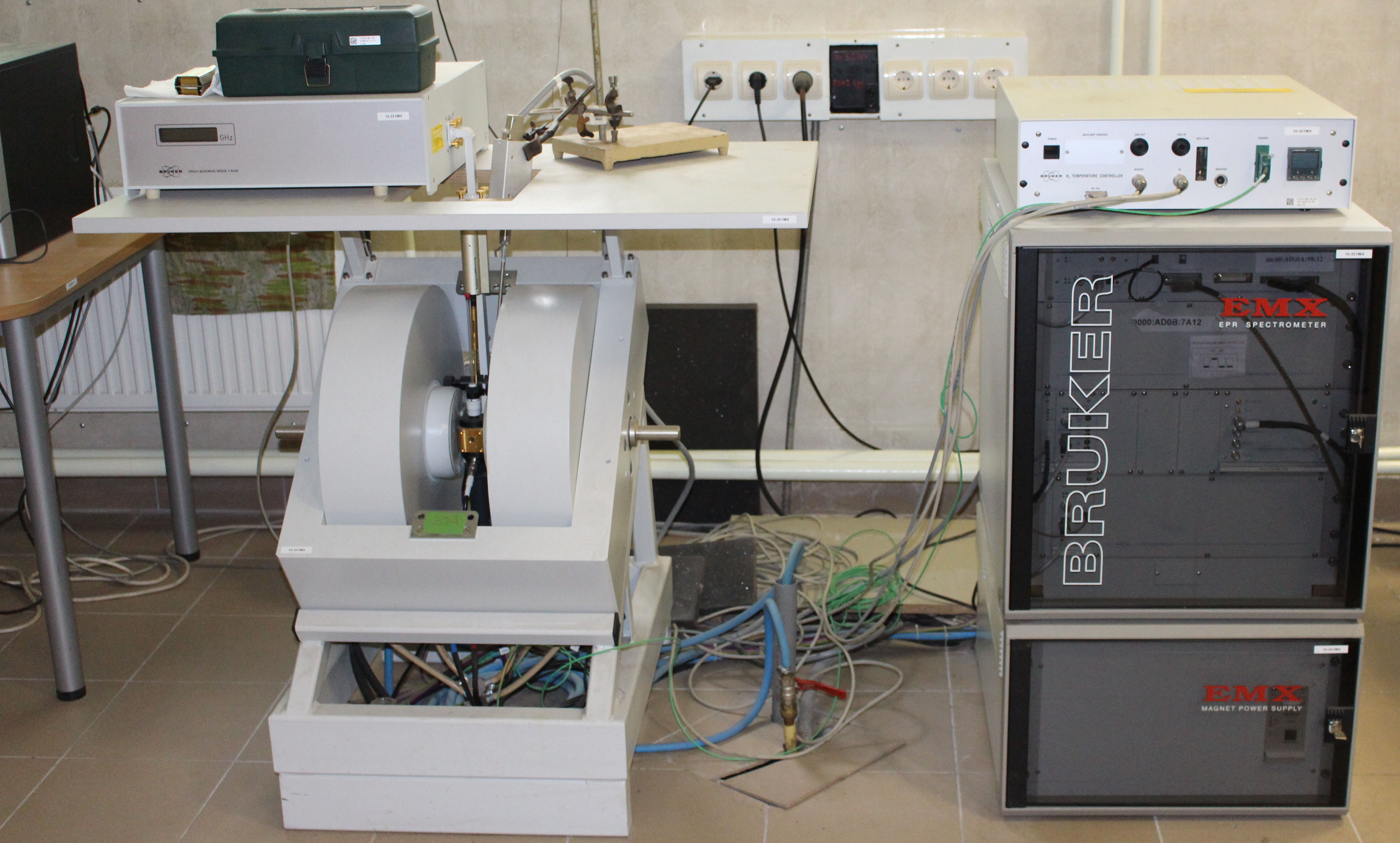 EPR/ESR spectroscopy is used in various branches of science, such as biology, chemistry and physics, for the detection and identification of free radicals and paramagnetic centers such as F-centers. EPR is a sensitive, specific method for studying both radicals formed in chemical reactions and the reactions themselves. For example, when ice (solid H2O) is decomposed by exposure to high-energy radiation, radicals such as H, OH, and HO2 are produced. Such radicals can be identified and studied by EPR. Organic and inorganic radicals can be detected in electrochemical systems and in materials exposed to UV light. In many cases, the reactions to make the radicals and the subsequent reactions of the radicals are of interest, while in other cases EPR is used to provide information on a radical's geometry and the orbital of the unpaired electron. EPR/ESR spectroscopy is also used in geology and archaeology as a dating tool. It can be applied to a wide range of materials such as carbonates, sulfates, phosphates, silica or other silicates.

Medical and biological applications of EPR also exist. Although radicals are very reactive, and so do not normally occur in high concentrations in biology, special reagents have been developed to spin-label molecules of interest. These reagents are particularly useful in biological systems. Specially-designed nonreactive radical molecules can attach to specific sites in a biological cell, and EPR spectra can then give information on the environment of these so-called spin labels or spin probes. Spin-labeled fatty acids have been extensively used to study dynamic organisation of lipids in biological membranes, lipid-protein interactions and temperature of transition of gel to liquid crystalline phases.

EPR/ESR spectroscopy can be applied only to systems in which the balance between radical decay and radical formation keeps the free radicals concentration above the detection limit of the spectrometer used. This can be a particularly severe problem in studying reactions in liquids. An alternative approach is to slow down reactions by studying samples held at cryogenic temperatures, such as 77 K (liquid nitrogen). An example of this work is the study of radical reactions in single crystals of amino acids exposed to x-rays, work that sometimes leads to activation energies and rate constants for radical reactions.

The study of radiation-induced free radicals in biological substances (for cancer research) poses the additional problem that tissue contains water, and water (due to its electric dipole moment) has a strong absorption band in the microwave region used in EPR spectrometers. Radiation-sterilized foods have been examined with EPR spectroscopy, the aim being to develop methods to determine whether a particular food sample has been irradiated and to what dose.

Although training is required to use this item, we cannot arrange it for you. 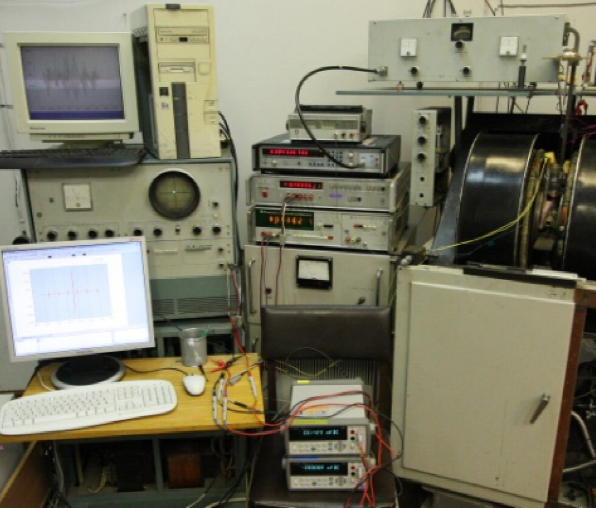 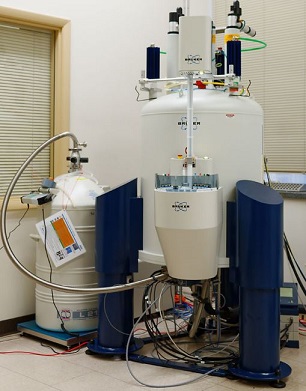 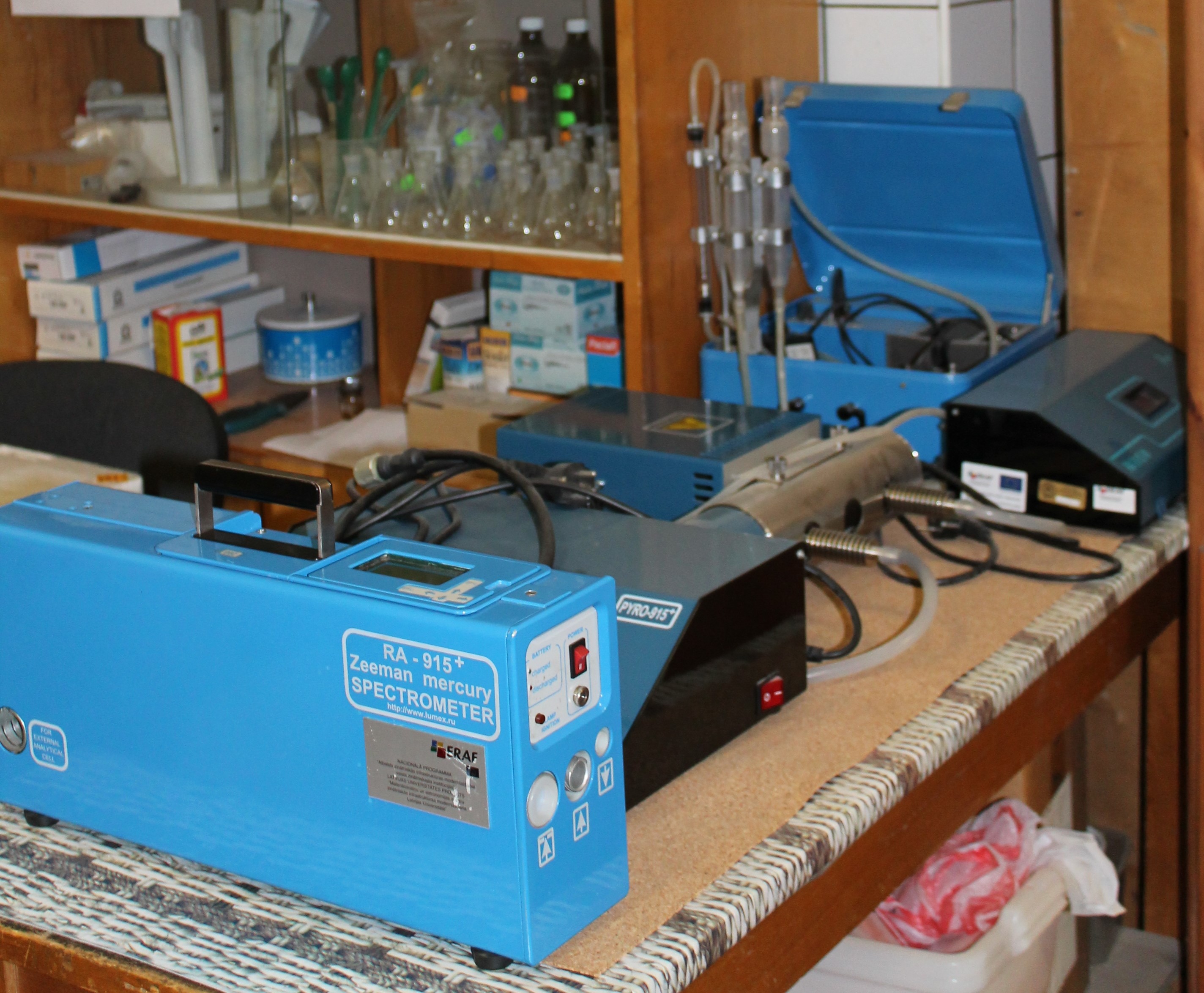 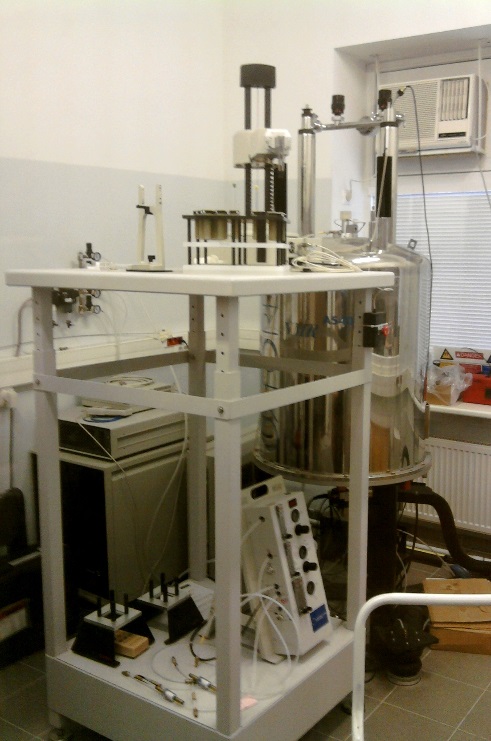